Doyenne of the imperial cities, Fez was founded in 789 AD by Idriss I, a descendant of the prophet. His son, Sultan Idris II, decided in 809 to establish the seat of the dynasty. From 818, the sultan welcomed in his city 8000 families of Andalusian Muslims. Seven years later, this new population is reinforced by the arrival of Jews and Kairouan (Tunisia). Rich of these multiple religious, cultural and architectural heritage, Fez quickly becomes the religious and cultural center of Morocco. 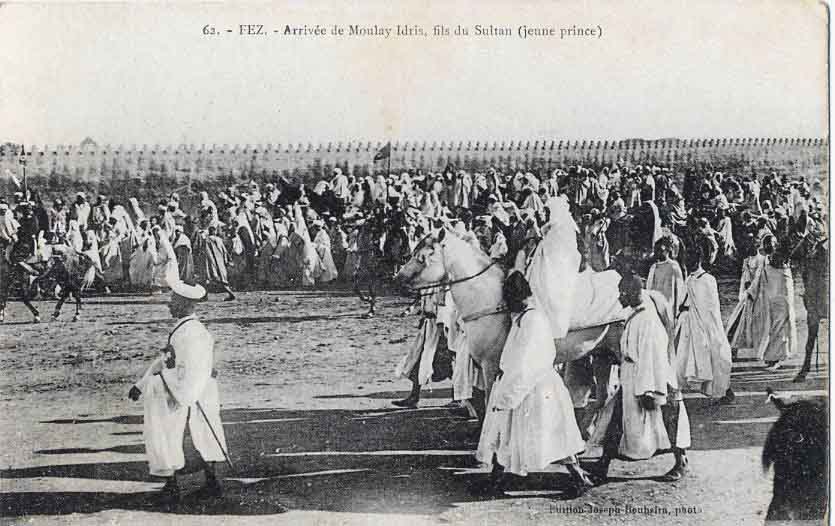 Since then, despite the dynastic wars and the periods when it was not the official capital of the country, the imperial city has never ceased to grow and beautify. Today, Fez is arguably the most authentic city in North Africa. The intellectual influence of its Koranic university, its famous Karaouiyne mosque, its treasures of Arab-Andalusian art, its medieval medina of Fez el-Bali and its talented craftsmen make it the guardian of the traditions of Islam.

Idriss I, Founder At the end of the eighth century, persecuted by the Abbasids of Baghdad Idriss takes refuge among the Berbers of central Morocco. In 789, he founded his capital on the right bank of the OUED Fez.

It will be the first Islamic city in the country. His young son, Idriss II, hosts several hundred Arabs from central Maghreb and Spain. The Andalusian district – El Adoua – was founded by Muslim refugees from Spain in 818. Nearly one thousand four hundred Andalusian families arrived from Cordoba settled there. Seven years later, expelled from Kairouan (now Tunisia), three hundred families of artisans and traders rich, educated, accustomed to urban life, settle west of the river in the district called Kairouanais Le Saharien veiled, Youssef Ben Tachfine, besieged Fez in 1063 and enters the city in 1069. 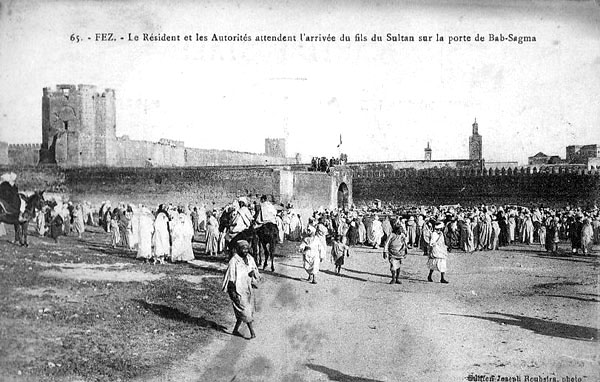 The writer Abu Obeid al-Bekri described it as follows: “Fez is composed of two cities, one next to the other and each surrounded by a wall. They are separated by a very fast river that turns the mills and that we cross through bridges. “The two cities have a large population with a strong Jewish minority. The Almoravid victor hastens to tear down the walls, to establish a single enclosure and to build a fortress apart. Founder of Marrakech, the new ruler does not choose Fez as capital. However, the city is experiencing an artistic and intellectual boom marked by the construction in 1096 of the COLLEGE PATIENTS ALMORAVIDES, madrassah provided with a library, and by the reopening of the Saharan gold road. The pulpit to preach from the top of which the preacher, at the end of his sermon, preaches the glory of the dynasty in place, is the symbol of political and religious power. The Fatimid period panel (above) and the Omayyad period folder (opposite) ) are witnesses of the fierce war between Fatimides and the Omayyads for the seizure of power.

In 985, the Omayyad Caliph signed his victory by giving the minbar this new file. Royal Procession. Every Friday, the sultant went to the Great Mosque, escorted by his black guard in pamphlet and preceded by the cavalrymen and infantrymen who pushed aside the enthusiastic crowd to leave the field free for the royal procession. He joined the faithful on the occasion of Friday prayers.

ALMOHADE Abd el-Moumem In the middle of the 12th century, the Almohad sultan Abd el-Moumem seized the city, “frequented by travelers from all countries”. Its inhabitants trade with Spain, the central Maghreb, the Sahara, the East and even some Christian countries. The Andalusian refugees, welcomed in Fez, introduce new techniques of weaving silk for working leather and metals. At the end of the twelfth century, Fez counted one hundred and twenty thousand houses and, at the beginning of the thirteenth century, three thousand five hundred factories. The city flourishes.

The APOGEE
In the first half of the 13th century, the weakness of the Almohads benefited the Marinid dynasty. Fez becomes again the capital of the empire in 1250, for two centuries. Merinid rulers assert themselves as great builders. They make Fez a prestigious city. She will know her golden age in the early fourteenth century. The Mérinides oscillate between two policies: the extension of their power in North Africa and the resumption of the traditional south-north axis oriented towards Spain. Fez, the hub of these operations, has a new administrative city.

Fez el-Jedid. Inside the walls are palaces, mosques, fortresses and barracks. Medersas are the subject of special care. These prayer spaces serve as training centers for political cadres to ensure the Islamization of the imperial Maghreb, the unity of North Africa from the west. From the beginning of the fifteenth century, international trade flourished. Merchants leave for China, India, East Africa, Persia. The Fassi sell cereals and leather in Portugal, import English fabrics and industrial products, export leather and carpets in Europe. In 1437, the discovery of the tomb of Idriss animates a popular worship for the patron of the city. The Jewish quarter is then created near the Jamaï family palace.

In the second half of the fifteenth century, Fez is affected by the troubles that reign in the kingdom the end of the Merinid dynasty. It is marked by the appearance of the new Beni Wattas dynasty in 1471, by the arrival of Muslims and Jews expelled from Spain in 1492 and, indirectly, by the arrival of the Portuguese in the Atlantic ports.

The success of saadian chorfa in the South allows the victors to settle in Marrakech in 1524 and seize Fez in 1549. The city loses its rank of capital in favor of Marrakech. At the beginning of the seventeenth century, Fez knew epidemics of plague, famine, misery and civil wars depopulate the city.

After a long period of turmoil in the first half of the eighteenth century, the city will regain its calm and prestige in the eighteenth century, thanks to the alliance of the army and the leaders of the old Qaraouiyne University, seat of a real political force. Competed by the nascent economic activity of Casablanca, Fez maintains its religious, intellectual and commercial influence.

THE PROTECTORATE
In 1911, Moulay Hafid, confronted with an insurrection, appealed to French troops. A few months later, in March 1912, he signed the Fez Convention, a treaty establishing the French protectorate over Morocco. 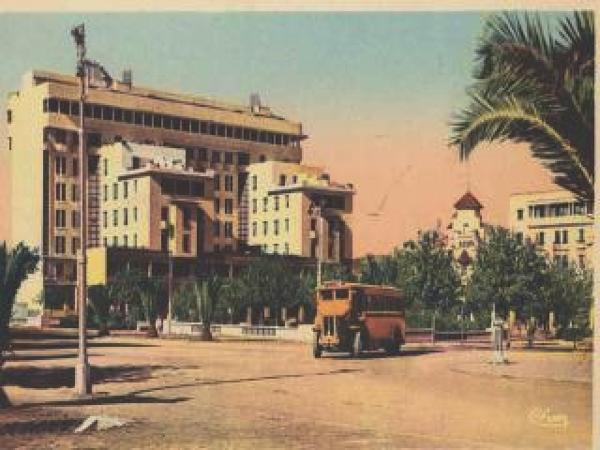 It is then that the modern, so-called European city develops, following a very regular urban plan. This new city coexists with the old and Fez, a millennial city, knows how to preserve its deep personality while opening up to modernism. Fez cedes the status of capital to Rabat later, but will remain the spiritual capital of Morocco deep in history.

This site uses Akismet to reduce spam. Learn how your comment data is processed.

We use cookies to guarantee the best experience on our site. If you continue to use the latter, we will consider that you accept the use of cookies.Ok